Foghorn Brewery took home a Major Trophy in the Best British or European – Style Ale category for Hunter Kolsch, which is a best seller at their venue The Mighty Hunter Valley. Foghorn also won a gold medal for their Remedy Saison and two silvers for Slaked Magpie and Cold IPA.

Mornington Peninsula’s popular Jetty Road Brewery was awarded gold for IPA and Talus Moore draughts as well as three silvers and one bronze.

Mighty Craft CEO and Managing Director Mark Haysman is thrilled about the achievements of the company’s beer partners in this year’s awards.

These prestigious international beer awards are an important platform to drive consumer awareness of the quality and diversity of products coming from craft brewers like Foghorn, Slipstream, Jetty Road, Sauce and Ballistic and their outstanding contribution to Australia’s thriving beer culture.

“We work with a wide range of brewers with a diverse product range and it’s encouraging to see them being rewarded for their talent, passion and dedication to the craft beer industry,” he said.

The AIBA celebrates and recognises the best brewers across the world and attracts more than 2,600 entries from 402 breweries in 26 countries. The competition boasts a highly regarded judging panel of industry experts from Australia and around the world and offers brewers the opportunity to benchmark their beer against the best in the world. 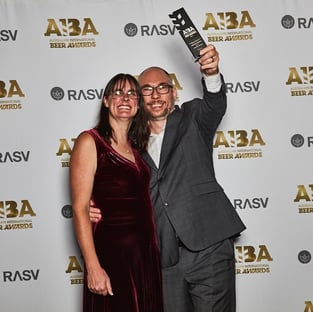 Join the mighty craft community - and share the discovery.